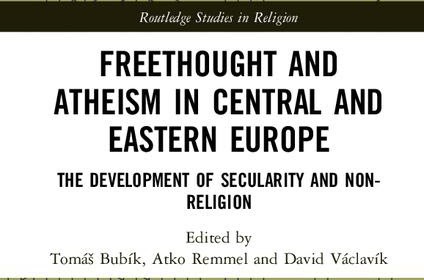 Tomáš Bubík, Atko Remmel, David Václavík Freethought and Atheism in Central and Eastern Europe: The Development of Secularity and Non-Religion. Routledge Studies in Russia and Eastern Europe, 2020. This book provides the first comprehensive overview of atheism, secularity and non-religion in Central and Eastern Europe in the twentieth and twenty-first centuries. In contrast to scholarship that has focused on the ‘decline of religion’ and secularization theory, the book builds upon recent trends to focus on the ‘rise of non-religion’ itself. While the label of ‘post-communism’ might suggest a generalized perception of the region, this survey reveals that the precise developments in each country before, after and even during the communist era are surprisingly diverse.  A multinational team of contributors provide interdisciplinary case studies covering Estonia, Latvia, Lithuania, Russia, Ukraine, Poland, the Czech Republic, Slovakia, Hungary, Croatia, Romania and Bulgaria. This approach utilises perspectives from social and intellectual history in combination with sociology of religion in order to cover the historical development of secularity and secular thought, complemented with sociological data. The study is framed by methodological and analytical chapters. Offering an important geographical perspective to the study of freethought, atheism, secularity and non-religion, this wide-ranging book will be of significant interest to scholars of twentieth-century social and intellectual history, sociology of religion and non-religion, cultural and religious studies, philosophy and theology. Table of contents Table of Contents 1 Studying Freethought and Atheism in Central and Eastern Europe: An Introduction Atko Remmel, David Václavík and Tomáš Bubík 2 Bulgaria: Freethought and Atheism in the Shadow of Ethnophyletism Dimitar Denkov, Georgi Vulchev and Valentina Gueorguieva 3 Anticlericalism, Nonreligiosity and Atheism in Croatia Nikolina Hazdovac Bajić, Dinka Marinović Jerolimov and Branko Ančić 4 Freethinkers and Atheists in the Czech Lands in the Twentieth Century  Tomáš Bubík and David Václavík 5 Atheism and Freethought in Estonian Culture Atko Remmel and Meelis Friedenthal 6 Freethought, Atheism and Anticlericalism in Twentieth-Century Hungary Margit Balogh and András Fejérdy 7 The Trajectories of Atheism and Secularization in Latvia: From the German Enlightenment to Contemporary Secularity Māra Kiope, Inese Runce and Anita Stasulane 8 The Social History of Irreligion in Lithuania (from the Nineteenth Century to the Present): Between Marginalization, Monopoly and Disregard? Milda Ališauskienė 9 Secularist Social Movements in Poland: History, Institutionalization, Repertoire of Actions Henryk Hoffmann and Radosław Tyrała 10 Romania: Between Freethought, Atheism and Religion Lucian Turcescu 11 Atheism’s Peaks and Valleys in Russia Elena Stepanova...

Béla Tomka Austerities and Aspirations. A Comparative History of Growth, Consumption, and Quality of Life in East Central Europe since 1945. Central European University Press, 2020. This monograph updates existing scholarship on the economic performance of Czechoslovakia (and its successor states), Hungary, and Poland since 1945, in contrast with Western Europe. For this longitudinal comparative exercise, the author goes beyond the traditional growth paradigm and analyzes the historical patterns of consumption and leisure, as well as quality of life, broadly understood, aspects that Tomka argues can best be analyzed in relation to one other. By adopting this “triple approach,” his analysis relies not only on economic history and economics, but also on the methods and results of sociology and demography. Tomka’s three-pillar description shows that the pre-World War I period was the time when East Central Europe was closest to Western Europe. The interwar period sustained this level. The book thus dispels the widespread myth of the communist era as one of catching up and convergence. Beyond providing useful quantitative information, the author provides insight on the scholarly debates ranging from the factors of growth to demographic developments to the complexities of consumption in communist regimes. The analysis finally demonstrates that the postcommunist transition, despite its high social and economic costs, allowed for qualitative and quantitative convergence, stalled only by the financial crisis of... 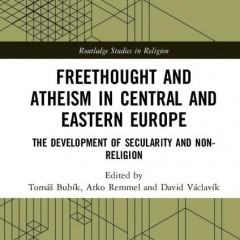 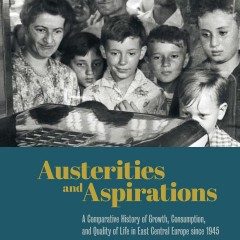 Béla Tomka Austerities and Aspirations. A Comparative History of Growth, Consumption, and Quality of Life in East Central Europe since 1945. Central European University Press, 2020. This monograph updates existing scholarship on the economic performance of Czechoslovakia (and its successor states), Hungary, and Poland since 1945, in contrast with Western Europe. For this longitudinal comparative exercise, the author goes beyond the... 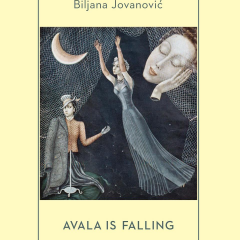 Biljana Jovanović Avala is Falling. Central European University Press, 2020. In Avala Is Falling, Jovanović’s breakout success in 1978, a young woman challenges the expectations that teachers, parents, bus drivers, and doctors have for her. The “Avala” of the title refers to a mountain south of Belgrade which is home to some of Serbia’s most important nationalist monuments and shrines; it is also the site of the main mental hospital... 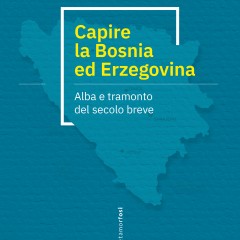 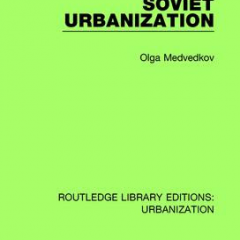 Olga Medvedkov Soviet Urbanization (Routledge, 2019) Originally published in 1990, Soviet Urbanization provides an assessment of Soviet urban systems. Drawing on her personal experiences at the Soviet Academy of Sciences and bringing with her much material otherwise unavailable in the West, the author analyses the structure of the Soviet urban network and its future development under the constraints of central planning. The author... 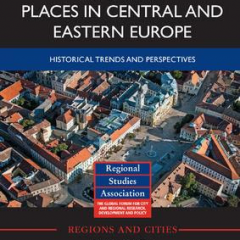 Spaces and Places in Central and Eastern Europe

Gyula Horváth Spaces and Places in Central and Eastern Europe. Historical Trends and Perspectives, 1st Edition. By Gyula Horváth (Routledge, 2019) Across Europe there is a rapidly changing context for undertaking regional development. In the 20th century, development of the former planned economies (Bulgaria, Czech Republic, Hungary, Poland, Romania and Slovakia), was defined by these countries differences, rather than their common...