CfP: From the Balkans to the World

Home » Austria-Ungheria » CfP: From the Balkans to the World 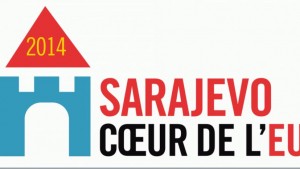 The CISH had a project of conference in Sarajevo in June 2014 about the First World War. Other projects exist. And the funds of the Foundation “Sarajevo, heart of Europe” will only be given if there is a merger between these projects. I must know quickly what are the scientific resources of the CISH to contribute to this unified project.

The title is to be discussed with our partners. But, the convergence between the projects is to deal with the following topic : “From the Balkans to the World  : Going to War (1914-1918). A Local and Global Perspective”.

– The local perspective (infranational and national) is also an important issue : we have to contribute to write the history of all these beginnings, these first experiences of fighting or of military occupation, the first reactions of the public opinions, of the societies. How the latter live the transition from a state of peace to a state of war ?

b) Entering the war : the decision making process ; the weight of the Balkan stakes and issues in the process  ; the relations between civilian and military authorities ; the military and economic mobilization ; the first war government experiences ; the first political and military relations with the Allied States, the first reactions of public opinions and the political debates about entering the war ; the reactions of the society to the transition to a state of war ; the new relations of the people with death, with life values, the new representations of time and future ; the changes in family life, in relations between men and women,  between adults and children, in gender images and representations.

d) The memories of the Great war (1914-2014) : the conference will focus on the engagement in war, but it will be possible to deal with the memories of the whole war :  in literature, cinema, public celebrations, text books, etc. ; the debates after the war about the decision to go to war ; the impact of the following wars (Second World War, Cold War, Balkan wars of 1992-1999) on the memories of the Great war ; the evolution of the image of the Sarajevo assassination and of the image of Gavrilo Princip in Yugoslavia in the interwar period, during the Second World War, during the communist period, during and after the Bosnian war.
(Note that the scientific debates between historians on the outbreak of the war since 1919 do not belong to this session but to the first one).

3) The contribution of the CISH

About this process of going to war and entering the fight (1914-1918) and  in the framework of the four sessions mentioned above, the CISH may give a relevant contribution in matter of global history and local history of many parts of the world, but also in matter of historiography, of comparative history, of gender history.

– Proposals expected from the historians of the CISH could deal with the following countries or regions of the world :

. Outside of Europe : the British colonies, the mobilization of India, the Dominions (Canada, Australia, New Zealand, South-Africa), the French Empire, the United States, Brazil, other countries of Latin America, Japan (for instance the battle of Tsingtao in 1914 between Japanese and Germans in the Shandong), China, the Ottoman Empire, Arabia, the Middle East.

. In Europe : Russia, Serbia, United Kingdom (and the different parts of the UK; especially the Irish people), Belgium, Italy, Bulgaria, Romania, Slovenes, Croatians and Bosnians in the Austro-Hungarian armies, the Poles fighting in the two sides, Neutral States such as Spain, Switzerland, Sweden  or Netherlands (how do they perceive the outbreak of war and their domestic debates about going or not to war).

– Proposals on the following issues are welcome : historiography ; gender;  comparative and transnational history.

France and Germany, well known, are not in the core of the conference. They may however appear in the historiographical issues (1st session) ; in the comparisons, in the gender issues ;  and in the memory issues (4th session).

Proposals may be sent to me directly (sgcish1@gmail.com) : as soon as possible ; before the 15 September would be very good, but as it is a very short notice, before the 30 September as a deadline. The proposals consist of : the title of the suggested paper ; which session ? ; from 5 to 10 lines lines of explanation ; a short CV.