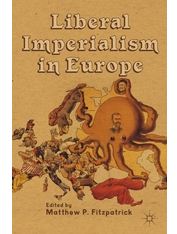 The nature of European imperialism during the “long nineteenth century” is still contested. Although the shadows of the old polemic framed by Schumpeter and Lenin’s diametrically opposed positions are still occasionally cast upon the discussion, more recent appraisals of European imperialism have emphasized its relationship to both the consolidation of liberalism in Europe and attempts to globalize the economies and value systems of European nation states. Given this new line of inquiry, the exact relationship between the various forms of liberalism in Europe and the various imperial projects of Europe have yet to be scrutinized. Was there an overarching European project of liberal imperialism or were there overriding regional and national differences that differentiated the imperialism/s of the various European states? Did the contours of the domestic struggles between liberals and non-liberals (particularly conservatives and socialists) as well between different types of liberals leave a significant imprint on the expansionist policies of European states or was there a national consensus that eroded party lines on issues of foreign policy? What was the social composition of the supporters of empire in civil society? Is it possible to speak of a popular movement for empire? In this state-of-the-field anthology, leading scholars in the fields of European imperial history and intellectual history explore these questions and more, in order to thoroughly investigate the phenomenon of “liberal imperialism.”

Contents
Particular or Universal?: Historicising Liberal Approaches to Empire in Europe. Matthew P. Fitzpatrick
Imperialism after the Great Wave: The Dutch Case in the Netherlands East Indies, 1860-1914—Elsbeth Locher-Scholten
Italy, Liberalism and the Age of Empire—Giuseppi Finaldi
Russian Liberalism and the Problem of Imperial Diversity—Alexander Semyonov
Liberty, Equality and Nationality: National Liberalism, Modernization and Empire in Hungary in the 19th Century—László Kürti
From Independence to Trialism: The Croatian Party of Right and the Project for a Liberal ‘Greater Croatia’ within the Habsburg Empire, 1861-1914—Nevenko Bartulin
Between Völkisch and Universal Visions of Empire: Liberal Imperialism in Mitteleuropa 1890-1918—Eric Kurlander
An Empire of Scientific Experts: Polish Physicians and the Medicalization of the German Borderlands, 1880-1914—Lenny A. Ureña Valerio
The Ottoman Empire’s Negotiation of Western Liberal Imperialism—Fatma Müge-Göçek and Murat Özyüksel
British and Greek Liberalism and Imperialism in the Long Nineteenth Century—Andrekos Varnava

MATTHEW FITZPATRICK is a Senior Lecturer in International History at Flinders University, Australia.