The Bolsheviks and the Russian Empire

Home » Baltico » The Bolsheviks and the Russian Empire 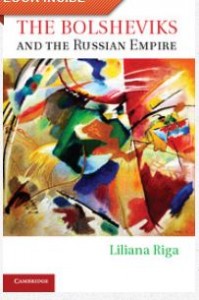 The Bolsheviks and the Russian Empire

This comparative historical sociology of the Bolshevik revolutionaries offers a reinterpretation of political radicalization in the last years of the Russian Empire. Finding that two-thirds of the Bolshevik leadership were ethnic minorities – Ukrainians, Latvians, Georgians, Jews, and others – this book examines the shared experiences of assimilation and socioethnic exclusion that underlay their class universalism. It suggests that imperial policies toward the Empire’s diversity radicalized class and ethnicity as intersectional experiences, creating an assimilated but excluded elite: lower-class Russians and middle-class minorities universalized particular exclusions as they disproportionately sustained the economic and political burdens of maintaining the multiethnic Russian Empire. The Bolsheviks’ social identities and routes to revolutionary radicalism show especially how a class-universalist politics was appealing to those seeking secularism in response to religious tensions, a universalist politics where ethnic and geopolitical insecurities were exclusionary, and a tolerant “imperial” imaginary where Russification and illiberal repressions were most keenly felt.