Home » Austria-Ungheria » The Land Between 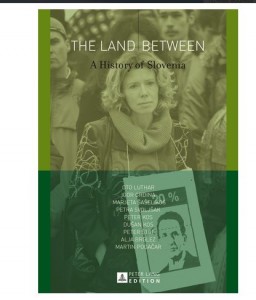 The Land Between. A History of Slovenia

This is a history of a space – a space between the Panonian plain in the East and the most northernmost bay in the Adriatic in the West, from the eastern Alps in the North and the Dinaridic mountain area in the South. It is also a history of all the different people who lived in this area. The authors show that the Slavs did not settle an empty space and simply replace the Celto-Roman inhabitants of earlier times; they are, on the contrary, presented as the result of reciprocal acculturation. The authors show that the Slovenes made more than two important appearances throughout the entire feudal era; the same holds for later periods, especially for the twentieth century. This book offers a concise and complete history of an area that finally became an integral part of Central Europe and the Balkans.

Contents: From Prehistory to the End of the Ancient World – The Early Middle Ages – Feudalism – The Early Modern Period – Modernization and National Emancipation – From Monarchy to Kingdom – Slovenia after Lineration: The «People’s Republic» and the Time of Socialism.

Oto Luthar is Director of the Research Centre of the Slovenian Academy of Sciences and Arts and Professor of Cultural History at the University of Nova Gorica (Slovenia). He was Visiting Professor at Yale University and at Vienna University. His research focuses on cultural history of Central and South-Central Europe, history of historiography and history of ideas.