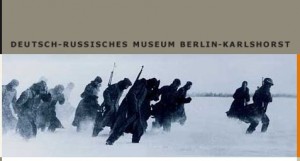 War of Annihilation, Reactions, Remembrance
The German Occupation Regime in the Soviet Union 1941-1944

On June 22, 1941 Germany invaded the Soviet Union. The preparations for this attack were aimed at an unprecedented war of annihilation which took for granted the death of many millions in the territories to be conquered. A brutal policy of murder, repression and hunger followed the invasion immediately. Over three million Soviet prisoners of war were not the only group of casualties. The civilian population was targeted as well. Millions starved to death or were killed as part of the fight against Partisans. The Jewish population, Roma and civilian officials of the Soviet Party and state apparatus were killed specifically, as were often patients of mental institutions. Millions of locals were forced to work for the occupiers. International researchers convening at this conference will examine these different aspects of the German occupation regime and investigate the reactions on the part of the local population. In what way was everyday life in the occupied territories affected? What were the specific experiences women made? What can we tell about the population’s strategies of survival and resistance? Last but not least, we turn our attention to the remembrance of German occupation in Russia, Belarus, the Baltic states and Ukraine. The aim of the conference is to reflect on recent controversies concerning particular issues, as well as to discuss open questions in this field of research.

Registration
We regret that registration for the conference is now closed, as all the seats in the venue have already been filled.
The number of participants is limited to 100. There is no conference fee.