CfP: The First World War and its Global Legacies: 100 Years On

Home » Austria-Ungheria » CfP: The First World War and its Global Legacies: 100 Years On 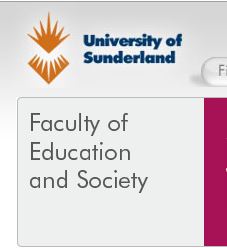 The First World War and its Global Legacies: 100 Years On

Proposals should be submitted no later than 1st December, 2013.

The Faculty of Education and Society at the University of Sunderland is pleased to announce a conference to be held on 5th-7th April 2014: The First World War and its Global Legacies: 100 Years On.

A three-day international conference will explore the impact of this first truly global war on the history, culture, philosophy, language and politics of the 100 years following it. Papers are invited from the international scholar’s community in English in a wide a range of disciplines – history, politics, world literatures, philosophy, sociology, human geography, media, critical and cultural studies, international law, linguistics, colonial and postcolonial studies.

The ‘Great War’ is often regarded as a watershed in both western and global experience: the first war to involve mass mobilization of forces across Europe and the involvement of every strata of society; the first participation of the USA in a European war; the first adoption of new and formidable weapons mobilised without the consideration of civilians; the first deployment of colonial forces in Europe; the first pursuit of global warfare on every ocean; the first time a European war was fought in Africa; the first mobilization of women for war production, and their engagement in medical services for the fighting everywhere; and the first unprecedented deployment of new technology in the form of submarines.

The aftermath of World War I heralded a new world order. The Russian, Austro-Hungarian, and Ottoman empires collapsed. Successful revolutions in Russia and Turkey took place alongside failed revolutions in Germany and Hungary. The United States rose from a regional to an international power. As Hobsbawm has said, ‘[i]f there was a moment when the nineteenth-century “principle of nationality” triumphed it was at the end of Word War I’. This had ramifications both for nationalism in Europe and for the non-western world. New nations emerged in Europe and the Middle East and challenges to the racial order were felt throughout the world. Changed perspectives and political ideals everywhere followed in its wake.

The conference will focus upon the legacies of this First World War, its impact on literary, critical, cultural and philosophical imaginaries in the west and abroad as well as politics, international diplomacy and attitudes towards conflict. Unlike The Second World War, the transformative power of the event remains vague in the minds of many contemporary observers. Whereas the poetry of British war poets such as Siegfried Sassoon and Wilfred Owen continue as canonical in Britain, few films, apart from the pacifist classic – All Quiet on the Western Front – explore the War’s global impact.

How has the Great War been represented, for example, in the literature and film of the former colonies such as Kenya and India, and in the Middle East. What is the place and of the Great War in different collective memories? In what ways did it stimulate both the principle of nationality and the processes of globalisation?Also, how is the Great War ‘taught’ in schools?

We hope to attract scholars from a wide range of disciplines as we seek to explore the many cultural, historical, political and theoretical contexts of the Great War of 1914-1918. A selection of papers will be published.

We will be interested in paper proposals that address the following themes but invite any relevant to the subject of the legacies of the Great War:

The keynote address by Kate Adie will be open to parties from local schools. Please get in touch if you would be interested in this, giving your school details, year group, and approximate group size. The conference itself may be of interest to teachers, who are welcome to offer abstracts for papers or turn up as full delegates. Spaces are limited, so please get in touch before 1st December to register your school’s interest.