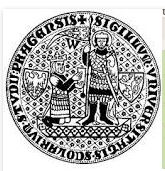 Universities Under Threat? Universities, Institutes of Higher Learning, and Academies of Sciences in Countries of Central and Eastern Europe Between Competition and Collaboration, 1950s–1960s

After the WWII, Czechoslovak science and academia was undergoing an interesting transformation, in the course of which, for about two decades, it sought in a complicated and often uncoordinated way a new functional form. The state and its experts increasingly often voiced demands for a ‘unity of science with practice’, for centralisation and state control of research, and for further specialisation of various areas of study and science, and they demanded that schools ought to focus primarily on practical preparation for future occupation. This was reflected in the main structural changes: after the war, universities were deprived of the last remains of their autonomy and they yielded their dominant position to specialised institutes of higher learning which were gaining influence, to state research, and above all to the newly established Czechoslovak Academy of Sciences, which tried to fully control not only the management of basic research but even its actual implementation. Only after the end of 1950s and after numerous reforms, the system of higher learning stabilised and the social perception of the role of the Czechoslovak Academy of Sciences, universities, and other scientific institutions changed. Only then did the universities manage to firmly re-establish their foothold in the academic space.

Eligible topics
In our workshop, we would like to examine this development in a broader perspective of countries of Central and Eastern Europe, which in many cases experienced a similar development. We want to focus especially on the following questions:
What role did the universities aspire to in a system which emphasised applied research, technocratic management, and the need to meet social demands?
What was the impact of the establishment of privileged academies of sciences on the academic space?
In what ways did the various institutions (academies, universities, non-academic institutes of higher learning) compete for a larger share in the overall pie of science and education budgets?
What were the forms of co-existence of universities and the abovementioned academies, technical schools, etc. on the scale ranging from competition to collaboration? How did the scientific staff and specialisations interface and what forms, in socialist conditions, had a competition both between and within institutions (i.e., between scientific teams and between individuals)?
Were elements of competition an intentional part of the state and party science and academic policy or rather just its accidental side-effect?
To what extent did the development in Czechoslovakia and other countries of the Eastern Bloc reflect global tendencies and to what extent was it specific?
The workshop is planned for one day, the working language will be primarily Czech but contributions can also be delivered in Slovak, English, and German (without translation). The length of contributions is limited to 20 minutes to allow time for discussion. After review, select contributions will be published in the AUC-HUCP journal. The workshop is part of research project “Charles University and the Czechoslovak Academy of Sciences. Institutions of Science and University Education During Changes in Science and Politics, 1945–1948”, which is supported by GA ČR (Czech Science Foundation) and solved jointly by the Institute of the History of Charles University and Archive of the Charles University and the Masaryk Institute and Archive of the Academy of Science of the Czech Republic.
Guidelines for submission
Brief summaries of contributions (150–200 words) should be together with full contact details sent to jakub.jares@ruk.cuni.cz by June 30, 2014.