CFP:Archives, history and politics in Romania during the XIX-XXI centuries

Home » Call for... » CFP:Archives, history and politics in Romania during the XIX-XXI centuries 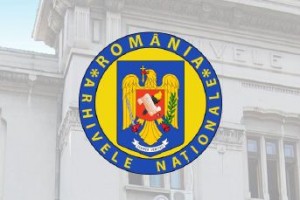 National Archives of Romania
Archives, history and politics in Romania during the XIX-XXI centuries
September, 21st -22nd, 2012, Bucharest
The dead line for receipt of abstracts: 10th of June, 2012.
On 21st -22nd of September, 2012, the National Archives of Romania will organize a Conference dedicated to the relationship between archives, history and politics in Romania during the nineteenth, twentieth and twenty-first centuries.
In the first half of the nineteenth century Leopold von Ranke proposed writing history “as it really was”, advocating a constant referencing of documents. In time this kind of vision proved its limits as it became obvious that the document (and, by extension, the archives), is not exactly an objective element of analysis, rather its creation is determined by a number of interests, including the political ones. As a result the idea emerged that the political sphere is, to a large extent, what dictates the content of a document. Furthermore, the archives await processing by a historian: a new set of factors makes itself felt, this time more intellectual than political, as the document is harnessed to the interest historian who uses it to confirm his own theories. The risk increases when the history itself becomes subject to interpretation by the political element, and the raison d’être of the historical approach, namely the search for truth,gets lost from view. And the political sphere continues to produce documents, the cycle seems to continue indefinitely.
But the intended sceptical tone of the above written lines should not be generalized nor taken stricto sensu. It is intended to be only a challenge. One that would lead to debates around the above mentioned triangle of concepts: Archives-History-Politics.
As institutional actor of one of the triangle’s elements and in an attempt to fulfil its mission, the National Archives of Romania organize this conference in order to provide interested parties the opportunity to present the outcome of their researches.
Suggested topics:
– The Organic Regulations and the beginning of the archival institutions in Wallachia and Moldavia;
– The establishment of the General Directorate of the State Archives and the issue of institutional centralism;
– Archives in Transylvania, Banat, Bukovina and Bessarabia before 1918;
– The interwar period and the re-organization of the State Archives;
– The evolution of archival legislation;
– The issue of access to documents;
– Cases of “secret archives”;
– Cases of specific archives (military, secret services, National Council for the Study of the Security’s Archives, Romanian Academy, etc);
– Cases of destruction and/or evacuation and/or restitution of archives;
– Specific publications in the field of archives;
– Digitalization of the archives;
– Archival study as a science;
– Epistemologies of the archival document.
The conference is dedicated to the evolution and the problems of the Romanian Archives, but also welcomes contributions which refer to other archival institutions.
Terms of participation:
Those interested are requested to send the title of the paper, their full name and institutional affiliation, as well as an abstract of the paper at publicatii.an@mai.gov.ro. The abstracts should not contain more than 400 words (MS Word, Times New Roman, 12 p, line spacing 1,5).
The dead line for receipt of abstracts: 10th of June, 2012.
The decision of acceptance or rejection of your paper will be announced by electronic mail no later than 10th of July, 2012.
The conference will be organized on panels according to topics. Papers will be presented in Romanian or English. Presentation should not exceed 20 minutes.
Expenses for transportation (on Romanian territory), accommodation and meals will be covered by the organizers. The conference’s materials will also be provided by the organizers.
The papers presented within the conference will be published in a book form. This is meant to serve a double purpose: first to provide, as accurately as possible an overview of the activity and the place of the archival institutions in the Romanian society, and secondly, to stimulate the debate among historians and archivists in the first instance, but also among a wider interested audience .