CFA: Violence and its Aftermath in the Soviet and Post-Soviet Context

Home » Call for... » CFA: Violence and its Aftermath in the Soviet and Post-Soviet Context 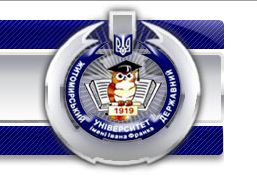 Violence and its Aftermath in the Soviet and Post-Soviet Context
Fourth International Social Science Summer School in Zhytomyr (Ukraine), 4-10 July 2012
To be considered for the Summer School, candidates must complete an application form (that includes a 500 word project proposal) and add a CV. They can also send an additional written sample, such as a conference paper, a dissertation chapter, or a publication (optional). The application must be sent by e-mail to ukrainesummerschool@gmail.com
DEADLINE FOR APPLICATIONS : 15TH APRIL 2012

“How naïve, how kindly and patriarchal the old prisons huddled on the outskirts of towns now appeared – beside these camp-cities, beside the awful crimson-black glow that hung over the gas ovens! You might well think that the management of such a vast number of prisoners would have required an equally vast army of guards and supervisors. In fact, whole weeks would pass by without anyone in an SS uniform so much as appearing inside the barrack-huts. It was the prisoners themselves who policed the camp-cities (…) It seemed as though the German authorities could disappear altogether, the prisoners would maintain the high-voltage current in the wires and go on with their work.”

This is the way Vasily Grossman, a Soviet writer born in a Jewish family in central Ukraine, defines in his major novel Life and Fate the level and sophistication of violence reached in the XXth century. The novel dedicated to the Second World War is a reflection on the management of violence in war conditions and its ambiguity, but also on the violence experienced by political prisoners in Stalinist camps and on the pervasiveness of violence in all spheres of life.  Having lost his mother in the Berdichev ghetto during the war, the writer dedicated his novel to her and her shadow is present in the author’s whole work of writing and memory.

Following Grossman’s path, not only symbolically but also physically by installing the school near his native city, the Summer School will address the complexity and the aftermaths of violence, not only in war times, but also in times of peace, in the Soviet and post-Soviet context.

The Fourth International Social Science Summer School in Ukraine will provide a unique forum for the presentation and discussion of the latest research on violence issues, involving specialists of the topic, as well as young promising researchers.

The School is interdisciplinary. The organizers welcome proposals from the disciplines of history, sociology, anthropology, political science, economics, and adjacent fields. While the primary focus will be on the socialist and post-socialist era (in the former Soviet Union, Central, Eastern and Southern Europe), pre-Soviet history may also be examined. The discussions and presentations will analyze different dimensions of violence: war and non-war situations; state management of violence, as well as individual and collective strategies; mechanisms of violence outbreak; violent practices and post-violence situations; perpetrators and victims; sources and methods.
Some of the issues of particular interest to the School include:

State monopoly of violence, implementation and resistance (past and present)

Mobilization and control of violence in combat
Civil population during war and post-conflict
Ethnic conflicts, border conflicts, other forms of mass violence
Return to civilian life

State and non-state violence towards property or objects
Social, domestic and everyday violence
Gendered dimension of violence
Violence and non-violence as a strategy for political, social and economical actors
Public protest practices: strikes, demonstrations
Education and socialization to violence

Memory and representation of violence

The Summer School is designed to be interdisciplinary and international. Participants are expected to present their own work and to participate in group discussions. The School’s program consists of lectures, panel presentations and discussions, as well field trips within the region, followed by discussion sessions.
Location :

Zhytomyr (Central Ukraine, 130 km from Kyiv) is nowadays a middle-sized city of 278,000 inhabitants in a mostly rural area. The official founding date is 884, though this fact and has only a legendary basis. The first records of the town date from 1240 and are linked to Zhytomyr being sacked by the Mongols of Batu Khan. Successively Lithuanian, Polish, Russian, Soviet and Ukrainian, the town has been destroyed and rebuilt several times.

From the times of the Polish-Lithuanian Commonwealth, many Poles and Jews lived here. The Jewish roots of Vladimir Lenin are related to Zhytomyr. His grandfather, Mr Blank, belonged to the local town dwellers. In Zhytomyr for a long time lived Khaim Byalik – one of the founders of the modern Hebrew language. The Zhytomyr region is also related to the biography and writings by authors such as Honoré de Balzac, Lesya Ukrainka, and Józef Kraszewski. The famous musicians Svyatoslav Richter and Juliusz Zarembski are also Zhytomyr natives.

During the Soviet years – and still nowadays – the city was more willing to be proud of another of his children, the designer of the first Soviet space rockets Sergey Korolev; two local museums commemorate its life and the Soviet conquest of the space.

During the 20th century Zhytomyr has gradually lost its multicultural nature. The predominant Jewish community was largely annihilated in the Holocaust; the Soviet migration policy has brought there a more mixed population. Today, Zhytomyr is a rather typical post-Soviet city, combining in its landscape architectural traces of the old times, past conflicts injuries, Soviet urbanization marks and post-Soviet commercial development.
Duration :

The Summer School is open to PhD students (or students enrolled in a kandidat nauk program) and young researchers (up to six years removed from their PhD or kandidat nauk degree). Empirically grounded proposals are particularly welcomed.

The working language of the Summer School will be English, and it is important that prospective participants have a good knowledge of this language.

The selection committee will select candidates based on their responses to this Call for Proposals. The selected candidates will be advised before the end of May.
Program Costs :

There is no program fee. Local transportation from/to Kyiv, accommodation, meals, classes, lectures, seminars and excursions are provided by the organizers and free of charge. The participants or their universities should only pay the travel expenses from the participant’s country to Kyiv.
How to apply ?
The application form can be requested at Ukrainesummerschool@gmail.com or downloaded on the following address: http://historians.in.ua/index.php/ogoloshennya/89-summer-school-in-ukraine-2012
Partners :