CfP: Protest and Power in Central and Eastern European States 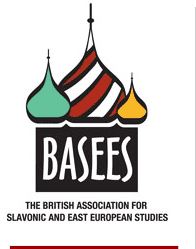 “Protest and Power in Central and Eastern European States”

The UK Baltic Study Group launched the call for papers “Protest and Power in Central and Eastern European States” for the 2014 Annual Conference of the British Association of Slavonic and East European Studies (BASEES) which will take place in Cambridge.

The recent wave of protests and demonstrations that spread across and beyond Europe has renewed scholarly interest in social movements and protest: whether Coloured revolutions or Occupy movements, Otpor in Yugoslavia or Femen in Ukraine, all are indicative of a widespread feeling among post-communist publics that contemporary politics do not reflect their interest, cannot live up to their expectations and are run by meritocratic elites.

The UK Baltic Study Group looks back at issues of protest and contestation affecting Baltic States and societies over the past decade and would like to draw on interested scholars to identify and discuss existing structures of power, grass-root movements that sought to challenge them, and possible directions of change observable across post-communist societies.
Eligible topics for the conference

We welcome country/case studies that relate to theoretical debates on protest and power in general and issues of political contestation in post-communism more specifically. Though we are specifically interested in comparing Baltic States with other states in the CEE and post-communist region broadly, papers offering a comparative perspective are welcome even if they do not deal with Baltic cases specifically.

Ethnic relations, socio-economic inequality and economic policies, gender issues, LGBT rights, environmental issues, are all fields of contestation worth exploring (the list is not meant to be exhaustive).We are open to a variety of themes – and interpretations – in order to ensure a well-rounded discussion around the theme of power and protest in post-communism. Some of the questions contributors to this panel are particularly (but not exclusively) invited to investigate – in relation to one or more of the Central Eastern European States – are:

Please submit your abstract of no more than 250 words by 10 September 2013, indicating your full contact details, your institutional affiliation and a brief academic biography, at UKBSG – BASEES 2014. For any questions on this panel, please contact Licia Cianetti at l.cianetti@ucl.ac.uk
Organizer