CFP: South-Eastern European Economy and Its Convergences to the Core

Home » Austria-Ungheria » CFP: South-Eastern European Economy and Its Convergences to the Core 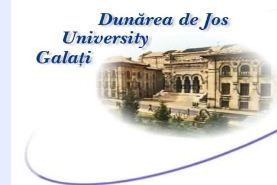 Call for Papers: International Colloquium By-Passing Periphery: South-Eastern European Economy and Its Convergences to the Core.

Deadline: The deadline for proposals is June 1, 2012.
The Centre for Danubian Studies and the Department of History of the Lower Danube University of Galati (Romania)

Rationale: During the early modern and modern age, significant political, economic, national or technological mutations completely transformed the
structure, direction and organisation of European trade. The Mediterranean world faced the competition of the West on an emerging global market that
challenged the traditional commercial ingredients, instruments and recipes that merchants employed. Nevertheless, the South-Eastern part of the
continent remained in the periphery of this new economic map, with its links to the core strangulated and suffocated by the political and
juridical status of the Lower Danubian area and the Black Sea region. This classical historiographic perspective has been refuted by scholars trying
to prove that the closing of the Straits was rather relative and that the Ottoman economic control was not extremely restrictive. The maritime
routes connecting the Romanian Principalities to the Eastern Mediterranean co ld be used in disguise, by Greek merchants or other Ottoman subjects
who employed Constantinople as a relay in these exchanges on the East-West axis. In the same time, terrestrial routes across the Balkans or towards
the Austrian Empire secured good and reliable links to the global market.
Aim: Starting from these theoretical premises, the conference aims to bring together scholars whose work relate to the economic history of
South&#8211;Eastern Europe and its convergences to the world market across the whole of the early modern and modern period (16th-19th centuries).

Proposals: We welcome proposals from early career researchers or established scholars interested to present their papers on topics able to
fill these blanks of the modern South-Eastern European commercial map.
P lease send by e-mail your proposal (max. 500 words) for a 20-minute paper and a short academic CV (maximum 2 pages) to the organising committee: Dr.
Constantin Ardeleanu (constantin.ardeleanu@ugal.ro) and Dr. Cristian Luca (cristiluca_ugal@yahoo.com).

Deadline: The deadline for proposals is June 1, 2012. You will be notified if your paper has been selected by the middle of the same month.
Subsequently, we will send you further details on the colloquium organisation aspects. All information is also posted on the colloquium
website: http://www.istorie.ugal.ro/periphery-core.htm