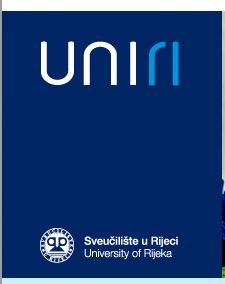 The conference “Strategies of Symbolic Nation – Building in South Eastern Europe” represents the final event within the scope of a 3-year project funded by the Norwegian Research Council. While the conference is on one hand intended to serve as the public promotion of the edited volume produced by the members of the research team, on the other hand we would like to invite scholars to participate in analyzing the results of our research project and contribute to a broader discussion on nation-building in South Eastern Europe. The project and accompanying volume focused on nation-building in seven countries – Albania, Bosnia-Herzegovina, Croatia, Kosovo, Macedonia, Montenegro, and Serbia – but conference paper proposals are not limited to these states, since comparative or theoretical approaches are welcome.
We encourage submissions from both established scholars and advanced graduate students. Participants chosen to present at the conference will have their accommodation and meals provided, but only a limited number of grants are available for travel funding.
There are no conference fees and all of the panels are open to the public.

The keynote lecture will be delivered by Maria Todorova (University of Illinois Urbana -Champaign).
The modern, if not to say postmodern, conditions under which the ongoing processes of nation-building in the Yugoslav successor states are unfolding have made symbols and rituals prominent tools in the hands of the nation-builders, arguably more important now than in earlier generations. At the same time, the presence of established narodi, replete with their historical and religious symbolism and rituals, means that the state leaders have at hand a reservoir of ready-to-use symbols that may well be tempting to employ, but which do not resonate among all the citizens of the state, or at least not automatically.The crucial role of symbols and rituals in the construction of any society has been recognized at least since Emile Durkheim published his seminal studyThe Elementary Forms of Religious Life in 1915. Even if Durkheim refers to the ‘techniques’ used to strengthen the collective feeling, his approach was basically functional, with no reference to the agents who employ these techniques. In his theory, society constitutes itself, as it were: the state is strangely absent. Later researchers have focused more directly on the manipulative power of political usages of symbols and rituals.

In our research project we singled out four parameters of identity controversies often found in South Eastern Europe: religious culture, ethnic culture, historical imagination, and geographical imagination. Mapping the variations of nation-building projects was only the first step. Our next step was to measure the results of these strategies: do they have the desired effect, or are they a waste of effort? Relying on the quantitative research results of the project along with a variety of interdisciplinary approaches, the project contributors discovered that whereas the citizens of some states have reached a consensus about the nation-building project other states remain fragmented and uncertain of when the process will end. Although the volume answers many of the key questions regarding the “success” of nation-building projects, we feel that further analysis of the research results and their interpretation provide material for considerable discussion which we hope to inspire at this two-day conference.
We encourage scholars who are interested in participating in the conference to consult the quantitative results of the research project (10,500 opinion poll responses from seven countries conducted in 2011 available here ) and incorporate them in their paper proposals. Possible conference topics include, but are not limited to, the following:

All proposals must be sent in a single email message to:
Jon Kvaerne: jonkvaerne@yahoo.com  with an attached proposal in a Word document containing contact information, an abstract (300-500 words), and a biographical statement in narrative form.