Russia in the First World War 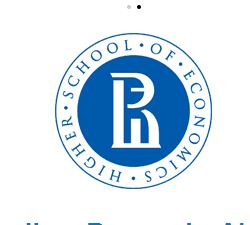 On June 3-5, 2014, an international conference on Russia in the First World War will be held in Moscow, Russia, at the Higher School of Economics.

The conference marks the centenary of the First World War, this “suicide of Europe” that shaped the history of the 20th century. The Russian Empire shared the experiences of other European nations in a war that profoundly affected its economy, social relations, politics and culture. At the same time, in Russia the consequences of war were markedly different. The war launched a series of cataclysmic events, including the collapse of the old regime, the upheaval of February 1917, the Bolsheviks’ rise to power and the bloodshed of the Civil War. For many decades, Russia’s experience in the First World War was overshadowed by the “revolutionary myth” that lent legitimacy to the Soviet state. Only recently, scholars started to analyze this war on its own account as a crucial event in Russian history, not just as a prelude to the revolution. Russia’s war experience is now studied in its contemporary European context, but also as a political testing ground. Ideologies and practices that emerged in the conditions of the First World War later persisted through the interwar period and found their deadly application during the Second World War.

This conference will bring together scholars of various scholarly and national traditions who study Russia’s experience in the First World War. The objectives of the meeting are to share recent research, to expand knowledge and understanding of the country’s participation in the war, and to stimulate further research. Our aim is both to discuss Russia’s particular experience in the war and to contextualize it as a part of broader European conflict.

The working languages of the conference will be Russian and English.