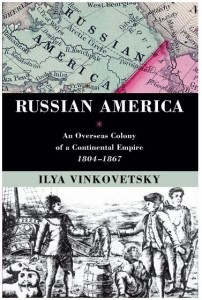 From 1741 until Alaska was sold to the United States in 1867, the Russian empire claimed territory and peoples in North America. In this book, Ilya Vinkovetsky examines how Russia governed its only overseas colony, illustrating how the colony fit into and diverged from the structures developed in the otherwise contiguous Russian empire. Russian America was effectively transformed from a remote extension of Russia’s Siberian frontier penetrated mainly by Siberianized Russians into an ostensibly modern overseas colony operated by Europeanized Russians.

Under the rule of the Russian-American Company, the colony was governed on different terms than the rest of the empire, a hybrid of elements carried over from Siberia and imported from rival colonial systems. Its economic, labor, and social organization reflected Russian hopes for Alaska, as well as the numerous limitations, such as its vast territory and pressures from its multiethnic residents, it imposed. This approach was particularly evident in Russian strategies to convert the indigenous peoples of Russian America into loyal subjects of the Russian Empire. Vinkovetsky looks closely at Russian efforts to acculturate the native peoples, including attempts to predispose them to be more open to the Russian political and cultural influence through trade and Russian Orthodox Christianity.