The Violence of War

Home » Baltico » The Violence of War 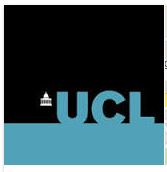 The Violence of War. Experiences and Images of Conflict

Thursday 19 and Friday 20 June 2014 , University College London Although historians dealing with war will inevitably be called to concentrate their attention on violence, often the understanding of how violence itself was perceived, understood, imagined and experienced by combatants and civilians is neglected. Much still needs to be said about how war was shaped by and, in turn, influenced, modern perceptions of violence. Considering war, as John Keegan has put it, first and foremost as ‘a cultural act’, this conference calls attention to the ways in which warfare violence was imagined and understood during the modern era, focusing on the distance between expectations and experiences of war; on the distance between – or coincidence of – ‘imagined’ and the ‘real’ wars. The period considered ranges from the Crimean War to the Second World War and its aftermath.