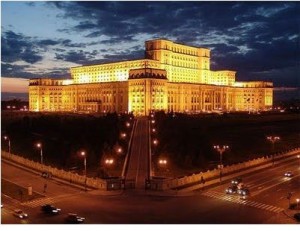 The Society for Romanian Studies is pleased to announce the Fourth Annual Graduate Student Essay Prize competition for an outstanding unpublished essay or thesis chapter written in English by a graduate student in any social science or humanities discipline on a Romanian subject. The 2012 prize, consisting of $300, will be presented at the ASEEES National Convention in New Orleans. The competition is open to current M.A. and doctoral students or to those who defended dissertations in the academic year 2011-2012. If the essay is a seminar paper, it must have been written in 2011-2012. If the essay is a dissertation chapter, it should be accompanied by the dissertation abstract and table of contents. Essays/chapters should be between 25 and 50 pages double spaced, including reference matter. Expanded versions of conference papers are also acceptable if accompanied by a description of the panel and the candidate’s conference paper proposal. Candidates should clearly indicate the format of the essay submitted. If you have questions, contact Margaret Beissinger at mhbeissi@Princeton.edu.

Please send a copy of the essay and an updated CV to each of the three members of the Prize Committee below. Submissions must be sent no later than July 1, 2012.

The Society for Romanian Studies (SRS) is an international inter-disciplinary academic organization founded in 1973 to promote professional study, criticism, and research on all aspects of Romanian culture and civilization, particularly concerning the countries of Romania and Moldova. The society holds annual meetings to promote Romanian studies, generally in conjunction with the meetings of the Association for Slavic, East European and Eurasian Studies, publishes a NEWSLETTER to keep its membership informed, and carries out other activities designed to foster advancement of the field.