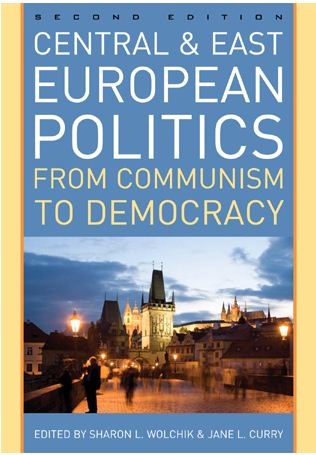 Now in a fully updated edition, this essential text explores the other half of Europe—the new and future members of the European Union along with the problems and potential they bring to the region and to the world stage. Clear and comprehensive, it offers an authoritative and up-to-date analysis of the transformations and realities in Central and Eastern Europe, the Baltics, and Ukraine. Divided into two parts, the book presents a set of comparative country case studies as well as thematic chapters on key issues, including EU and NATO expansion, the economic transition and its social ramifications, the role of women, persistent problems of ethnicity and nationalism, and political reform. New to this edition is a chapter on Albania.

Leading scholars provide the historical context for the current situation of each country in the region. They explain how communism ended and how democratic politics has emerged or is struggling to emerge in its wake, how individual countries have transformed their economies, how their populations have been affected by rapid and wrenching change, and how foreign policy making has evolved. For students and specialists alike, this book will be an invaluable resource on the newly democratizing states of Europe.

· Thematic chapters explore key issues and problems across the region