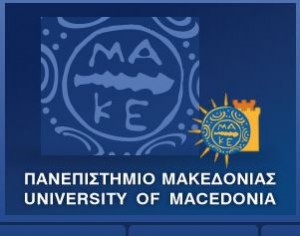 The “Long nineteenth century” ended with the First World War and the War ended with a Revolution, in an exact reversal of the way this age opened. In 1789, a Revolution prompted a massive realignment of international power relations through the Napoleonic Wars, while in 1914 the international state system created by the Holy Alliance a century earlier collapsed and a new alternative arose from the destruction of Tsarist absolutism.

The Department of Balkan, Slavic and Oriental Studies, University of Macedonia in collaboration with Association Internationale d’Etudes du Sud-Est Europeen participating in commemoration of the centenary of the outbreak of the Great War and aiming to repeat the successful experience of the first “Balkan Worlds” conference in 2012 is organizing a follow up event entitled “Balkan Worlds II: Balkan Perceptions of War and Revolution”, scheduled for November 27-30, 2014 at the University of Macedonia, Thessaloniki.

The Conference will be dedicated to ways of perceiving the Great Wars and Revolutions which marked the history of Europe and the world by Balkan intellectuals, politicians, writers, activists etc. The Conference Scientific Committee is especially interested in presentations focused on how intellectuals of the major ideological movements of the Enlightenment and Romanticism perceived relationships between war and revolution in the Ottoman Balkans and their connection with the emergence of nation-state building.
Eligible topics
More specifically, the topics of the Conference will be focused on:
the relations between War and Revolution
the different conceptualizations of War and Revolution
the transformation of political, national and religious identities in relation to War and Revolution
the social change and social mechanics motivated by War and Revolution
the problem of utopias and dystopias
the idealization of violence
the technology of violence
the militarization of society and state
the modernization under the light of War and Revolution
the War and the Revolution as means of political elites transformation
The working language of the Conference will be English.
Scientific Committee
Tom Gallant (University of California, San Diego)
Rossitsa Gradeva (American University, Sofia)
Molly Greene (Princeton University, Princeton)
Mark Mazower (Columbia University, New York)
Dimitris Stamatopoulos (University of Macedonia, Thessaloniki)
M. Hakan Yavuz (University of Utah, Salt Lake)
The keynote lecture will be delivered by Prof. Jonathan Israel (Institute for Advanced Study, Princeton). His lecture’s title: “The Revolutionary and Napoleonic Era as a decisive Transition for Europe (1789-1815)”
Guidelines for submission
We welcome individual proposals for 20-minute presentations.
Deadline for abstracts – July 31st 2014
Notification of acceptance – August 31st 2014
Deadline for papers – October 31st 2014
Please include the following information with your proposal:
full title of paper
abstract (200-300 words)
name
institutional affiliation
short CV
telephone, fax, e-mail
Proposals should be sent to: ds@uom.gr .
It is expected that travel costs will be covered by speakers’s affiliated institutions. Accommodation expenses will be covered by the Conference’s budget.
Organizer
University of Macedonia
Information & contacts
Dimitris Stamatopoulos
Associate Professor in Balkan and Late Ottoman History
Dept. of Balkan, Slavic and Oriental Studies
University of Macedonia
156 Egnatia Str.
54006 Thessaloniki
Greece
e-mail: ds@uom.gr