CFP: World War II, Nazi Crimes, and the Holocaust in the USSR

Home » Call for... » CFP: World War II, Nazi Crimes, and the Holocaust in the USSR 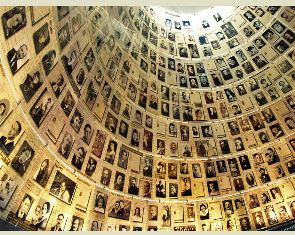 International Conference “World War II, Nazi Crimes, and the Holocaust in the USSR”

In the past decade, three related fields, each interdisciplinary in its own right, have developed exponentially but sometimes in isolation: the study of wartime Stalinism, the study of the Nazi occupation of Soviet territories, and the study of the Holocaust in the East. This conference will bring together the latest research conducted in all humanities and social science disciplines in order to foster new analytical perspectives and cross-fertilization in these and other key areas. The conference seeks to highlight new research in such areas as evacuation, refugees, and displaced persons; atrocities, mass killing, and mass graves; forced and slave labor; the dynamics of complicity and collaboration; and various forms of resistance; everyday life on the front and under occupation; understudied victims; occupier perspectives on the War and the Holocaust, including such acts as the starvation of Soviet POWs, and their contributions to the history of National Socialism; new perspectives on the Soviet wartime experience and the impact of war on the Soviet system; the study of the Soviet home front; Soviet-German interactions and entanglements, both in specific locales and in systemic terms; the cultural politics of representation and commemoration in the aftermath; gender; and communities and identities forged around the unprecedented experiences of war on the Eastern Front in World War II.

The conference is intended to be interdisciplinary. Proposals for new, original, and previously unpublished papers are welcome from scholars in all relevant academic disciplines, including from doctoral students who have advanced to candidacy. Applicants interested in presenting a paper should be currently researching or completing projects exploring the topics and issues listed above, broadly understood. Successful applicants will be required to submit a copy of their presentation in advance of the conference for circulation among commentators, other panelists, and conference participants.

The conference will be conducted in English and Russian. Simultaneous translation will be provided.

The deadline for receipt of proposals is May 15, 2012. Participants will be selected and notified no later than June 1, 2012.
To propose a paper for this conference, please send

a cover letter addressing your specific interests in the study of World War II and the Holocaust in the Soviet Union;
your curriculum vitae;
an abstract of no more than 500 words of your proposed paper

to Krista Hegburg, Program Officer, Center for Advanced Holocaust Studies, at khegburg@ushmm.org, and to Galina Zelenina, Senior Research Fellow, Center for the History and Sociology of World War II, the Higher School of Economics, Moscow atgzelenina@hse.ru.

Submissions must include the speaker’s name, institutional affiliation, current position, contact address and email. Proposals may be in either Russian or English, but Russian-language proposals should include an English abstract or summary. Applicants may apply individually or suggest a panel. Applicants who are accepted may submit their full-length papers in either English or Russian. For applicants whose papers are accepted and indicate that they need financial support, the conference organizers will provide lodging for the duration of the conference and a stipend to help defray transportation costs.

a curriculum vitae that indicates your current academic affiliation;
a statement of interest of not more than 750 words addressing your specific interest in attending the conference, background in the area of study, and how attendance will benefit the candidate’s research, teaching, or future publications;
a supporting letter from an academic advisor, department chair, or dean that addresses the candidate’s qualifications and research as well as his/her potential as a scholar

to Krista Hegburg, Program Officer, Center for Advanced Holocaust Studies, at khegburg@ushmm.org. Statements of interest and CVs must be submitted in English; the supporting letter may be submitted in either English or Russian. The deadline for receipt of application for the junior scholar travel stipends is June 1, 2012. Participants will be selected and notified no later than July 1, 2012.