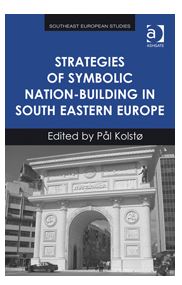 After the conflagration of Tito’s Yugoslavia a medley of new and not-so-new states rose from the ashes. Some of the Yugoslav successor states have joined, or are about to enter, the European Union, while others are still struggling to define their national borders, symbols, and relationships with neighbouring states. Strategies of Symbolic Nation-building in South Eastern Europe expands upon the existing body of nationalism studies and explores how successful these nation-building strategies have been in the last two decades. Relying on new quantitative research results, the contributors offer interdisciplinary analyses of symbolic nation-building in Albania, Bosnia-Herzegovina, Croatia, Kosovo, Macedonia, Montenegro, and Serbia to show that whereas the citizens of some states have reached a consensus about the nation-building project other states remain fragmented and uncertain of when the process will end. A must-read not only for scholars of the region but policy makers and others interested in understanding the complex interplay of history, symbolic politics, and post-conflict transition.

Contents: Preface; Introduction, Pål Kolstø; Fulfilling the thousand-year-old dream: strategies of symbolic nation-building in Croatia, Vjeran Pavlaković; Jaws of the nation and weak embraces of the state: the lines of division, indifference and loyalty in Bosnia-Herzegovina, Ana Dević; Serbia and the symbolic (re)construction of the nation, Vladan Jovanović; When two hands rock the cradle: symbolic dimensions of the divide over statehood and identity in Montenegro, Jelena Džankić; Kosovo: topography of the construction of the nation, Vjollca Krasniqi; Strategies for creating the Macedonian state and nation and rival projects between 1991 and 2012, Ljupcho Risteski and Armanda Kodra Hysa; Status report Albania 100 years: symbolic nation-building completed?, Cecilie Endresen; Conclusions: success and failure of nation-building, structural vs. political factors, Pål Kolstø and Vatroslav Jelovica; Index.

Pål Kolstø is Professor of Russian and East European Studies at the University of Oslo and has written extensively on nation-building and ethnic issues in Russia and Eastern Europe.