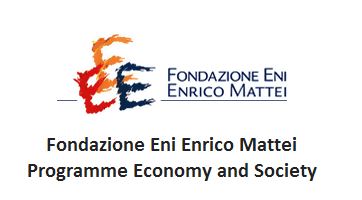 The recent development of the Ukrainian crisis has unveiled a series of long-neglected problems that today emerge dramatically. The complex current scenario and the difficulties in recomposing the crisis at diplomatic level show the inadequacy of EU and North American foreign policies and international relations with Russia and the former Soviet Union. The possible scenarios leading to a resolution of the crisis have significant consequences at social, economic, political, energy and geostrategic levels, also considering the role played by China as a newly consolidated world power.

Anatol Lieven, internationally renowned scholar of geostrategic issues and security in Eurasia and expert of Central Asia and the former Soviet Union, will analyse the origins of the present crisis and will explore what it teaches about the making of Western transnational relations.

Anatol Lieven
Anatol Lieven is Chair of international relations in the War Studies Department of King’s College London, and senior fellow of the New America Foundation in Washington DC. He spent most of his career as a British journalist in South Asia and the former Soviet Union, and is author of several books on the latter region, including “Chechnya: Tombstone of Russian Power?” (Yale University Press 1998), “Ukraine and Russia: A Fraternal Rivalry” (USIP, 1999) and “The Baltic Revolution: Estonia, Latvia, Lithuania and the Path to Independence” (Yale University Press 1993). From 1986 to 1998 Anatol Lieven worked as a British journalist, mainly in the former Soviet Union and South Asia. During this period he covered the anti-Soviet war in Afghanistan, the Chechen war of 1994-96 and other conflicts. In 1998-2000 he edited Strategic Comments at the International Institute for Strategic Studies in London. From 2000-2005 he was a senior associate at the Carnegie Endowment for International Peace in Washington DC. In 2005 he became a senior research fellow of the New America Foundation. His book “Pakistan: A Hard Country”, was published in April 2011 by Penguin and was selected by the Daily Telegraph as one of the ‘Best Books of Year 2011’. A new edition of “America Right or Wrong: An Anatomy of American Nationalism” was published in 2012.

If you would like to attend, given the limited availability of seats, we kindly ask you to confirm your presence by writing an email to es@feem.it or by phoning at +39 02.520.36949.