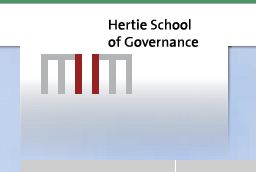 Exporting Regimes? Interests and Strategies of Powerful States in the Post-Communist Space

Description
This conference takes up the question of how powerful states affect the political developments of post-communist states. More precisely, the conference focuses on how influential democracies and authoritarian states effect the developments of political regimes in seemingly less powerful states. In doing so, it aims to combine two fairly distinct literatures: the older literature on the diffusion and export of democracy (e.g., Burnell, Carothers, McFaul, and Wright) and the newer literature on the external dimensions of authoritarian rule (e.g, Bader et al., Burnell, Levitsky and Way, and Vanderhill).
Topics
In doing so, we try to address several questions:
First, is it the case that authoritarian regimes export authoritarianism in the same way many democracies seek to export democracy?
If so, how do democracies and authoritarian states pursue their goals?
Are there any significant differences that can be traced back to the type of the regime of the powerful states?
And how do smaller states react to the overtures of powerful democracies and dictatorships?
Are they simply pawns in the great games or do they have agency in their own regime construction?
While these questions could be answered by looking at various countries around the world, for methodological and empirical reasons, the conference focuses on the post-communist space and more precisely on the Soviet successor states of the South Caucasus. We therefore seek to bring together experts of the post-communist area who have an interest in comparative work and at least some knowledge of the South Caucasus.
Eligibility
Junior scholars (PhD students or recent PhD graduates, 2009 or later) and senior scholars of political science and international relations with appropriate area expertise and an interest in addressing the above mentioned research questions. The conference brings together both junior and senior scholars. It also aims at comprehensive geographical representation, inviting scholars worldwide, but especially those from the South Caucasus specifically and post-communist countries generally.
Organizer
Hertie School of Governance
Information & contacts
Christoph Stefes
e-mail: christoph.stefes@ucdenver.edu